Despite the both of us battling a week-long's illness, by the time New Year's Eve rolled around we were both feeling stir crazy. We headed up to Oklahoma City to join hundreds of others during Oklahoma City Art Council's Opening Night. We purchased a wrist band for the night and were then allowed access to roller derby, live music, magic shows, etc. It was nice to celebrate the new year with so many others in a festive atmosphere, and oddly enough, it's the first time Nathaniel and I have actually celebrated New Year's together. It was about time! And miraculously, neither of us wimped out before midnight! 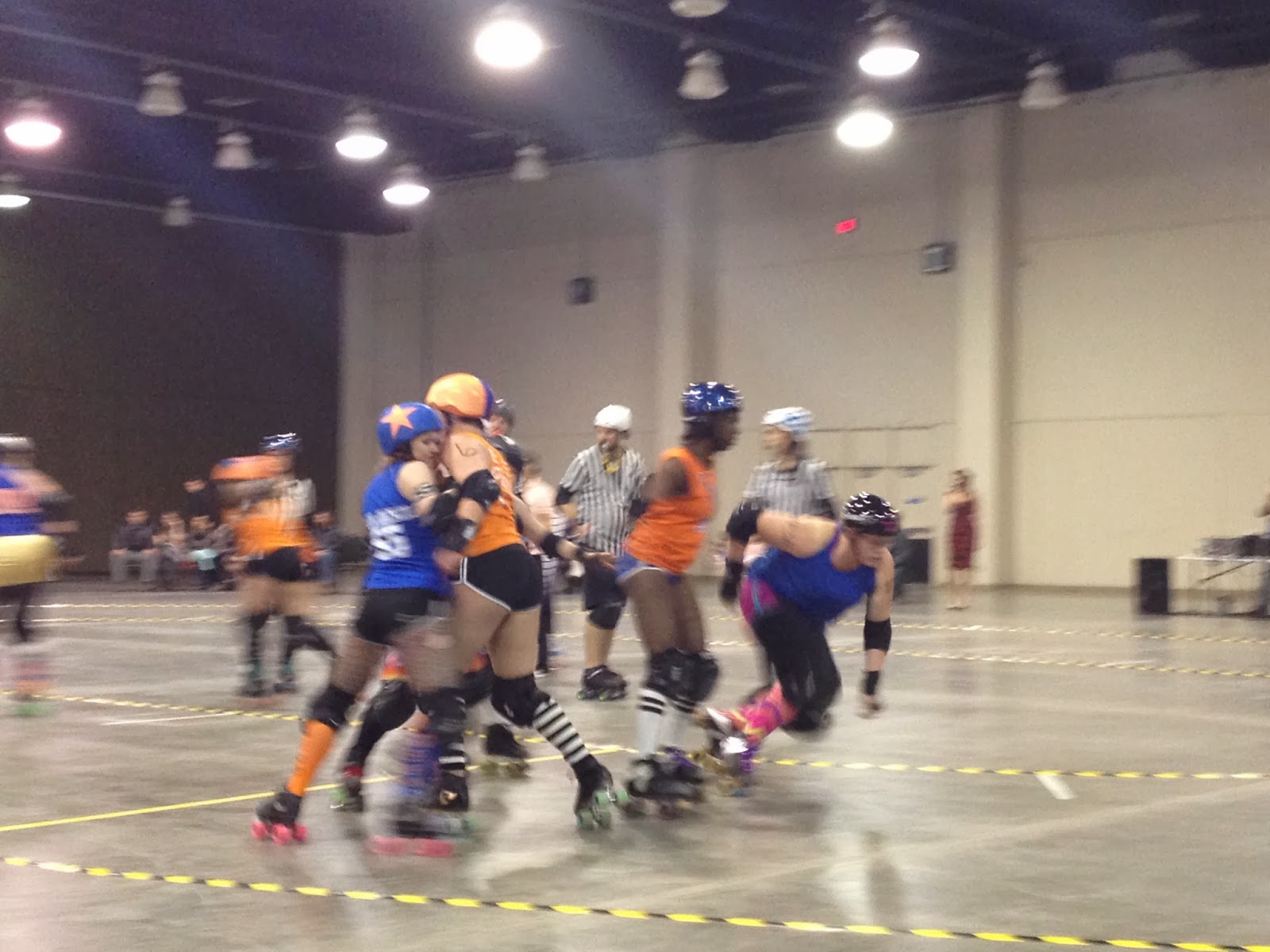 We watched a roller derby match. It was surprisingly easy to get into the fun!

We had a blast watching this salsa band...and this lil man was up there grooving by himself for a solid five minutes. 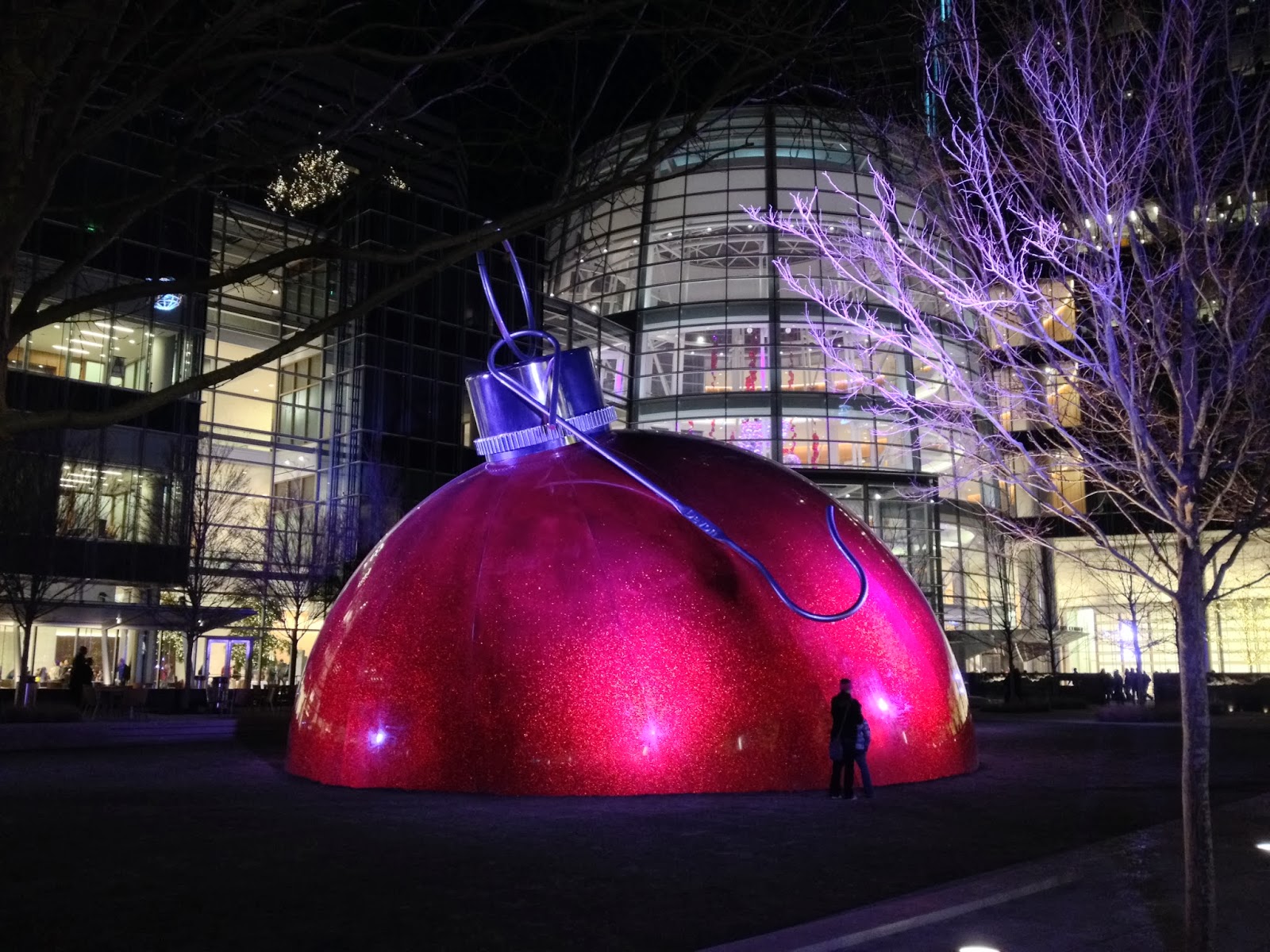 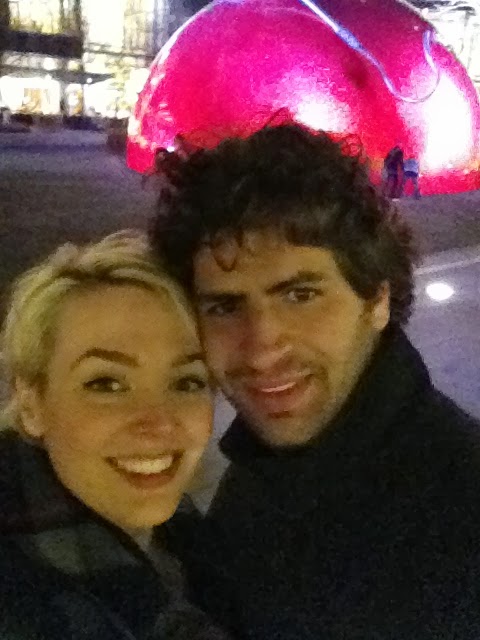 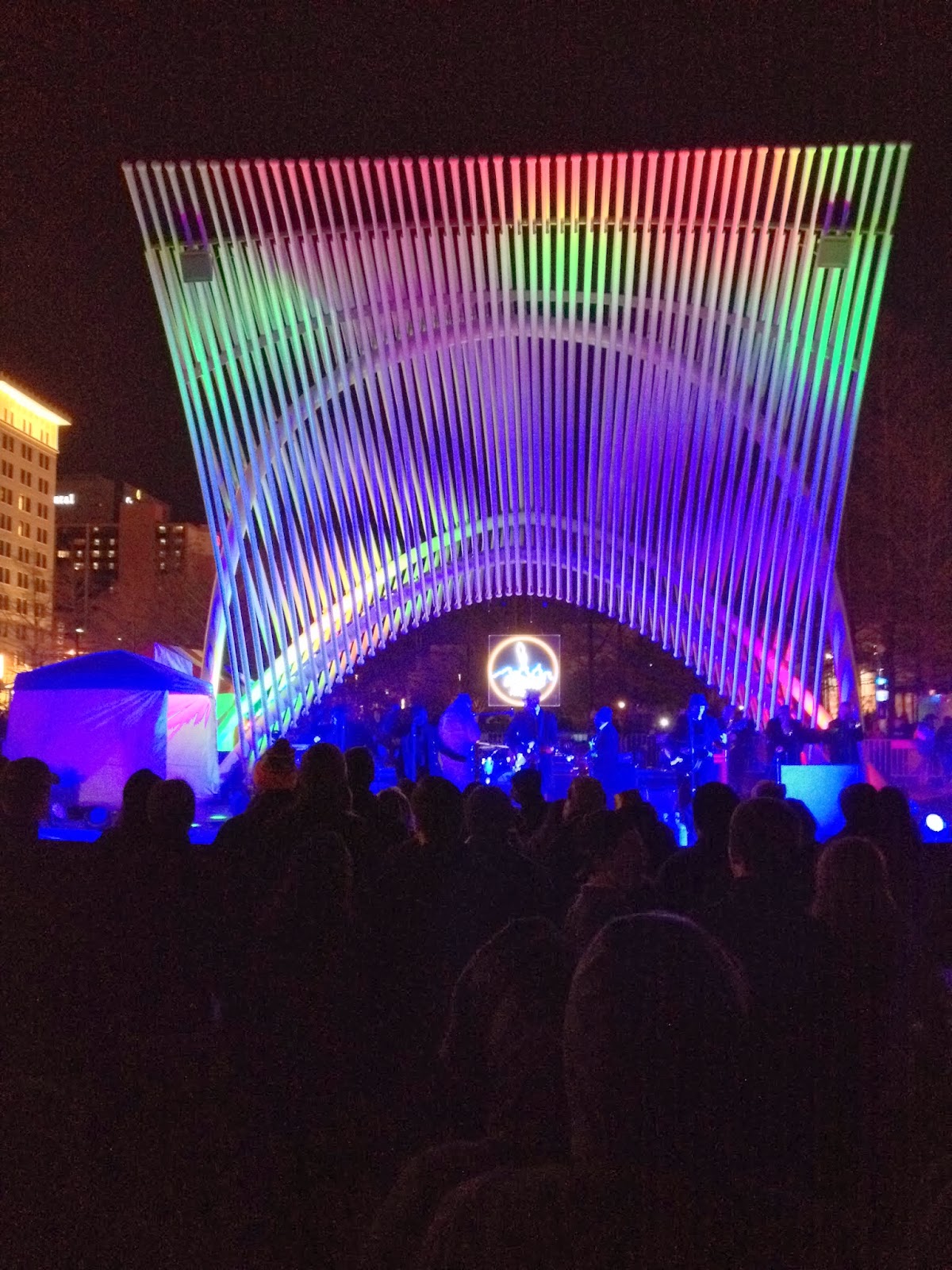 We counted down to midnight with a really fun live band. 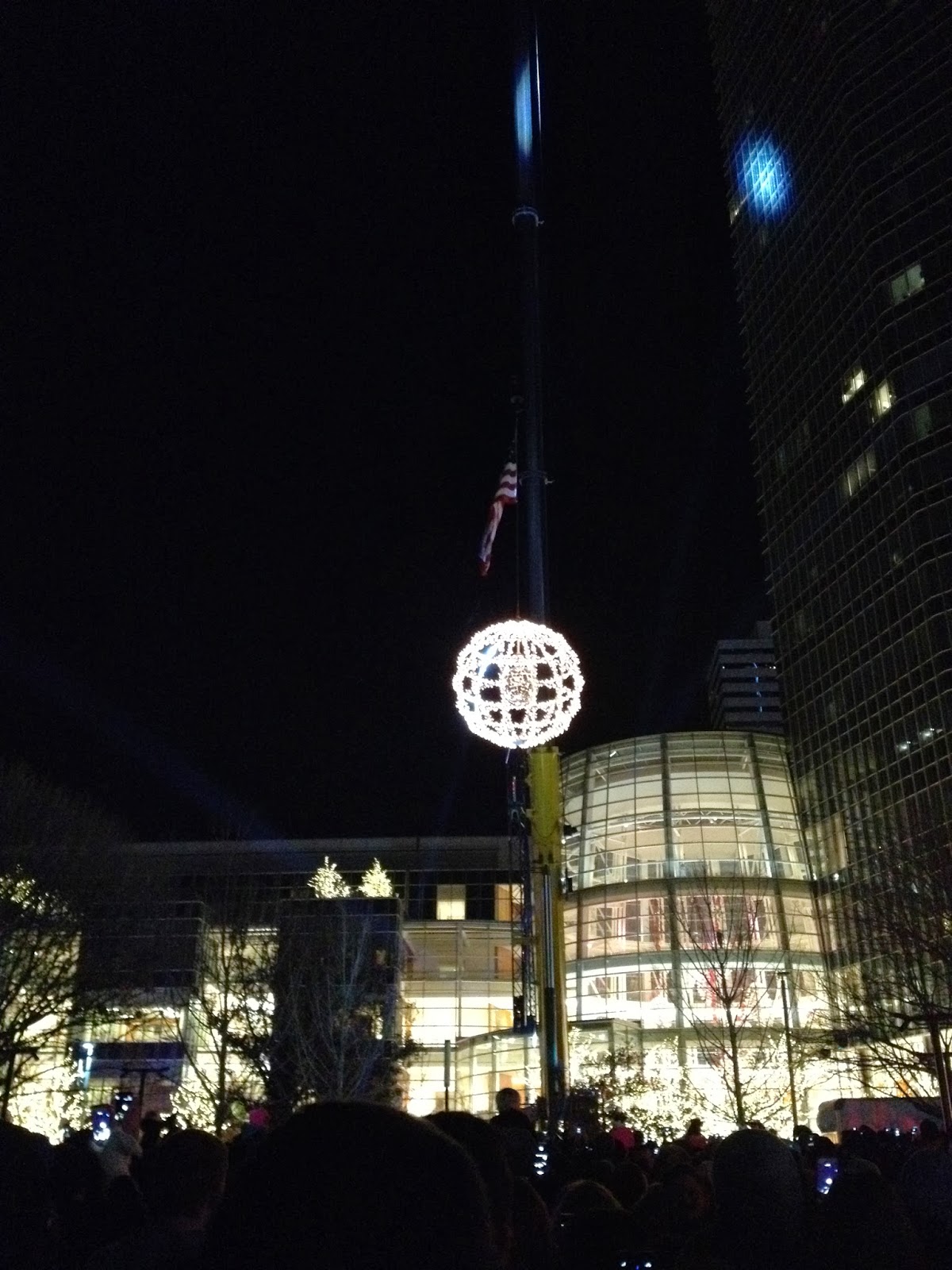 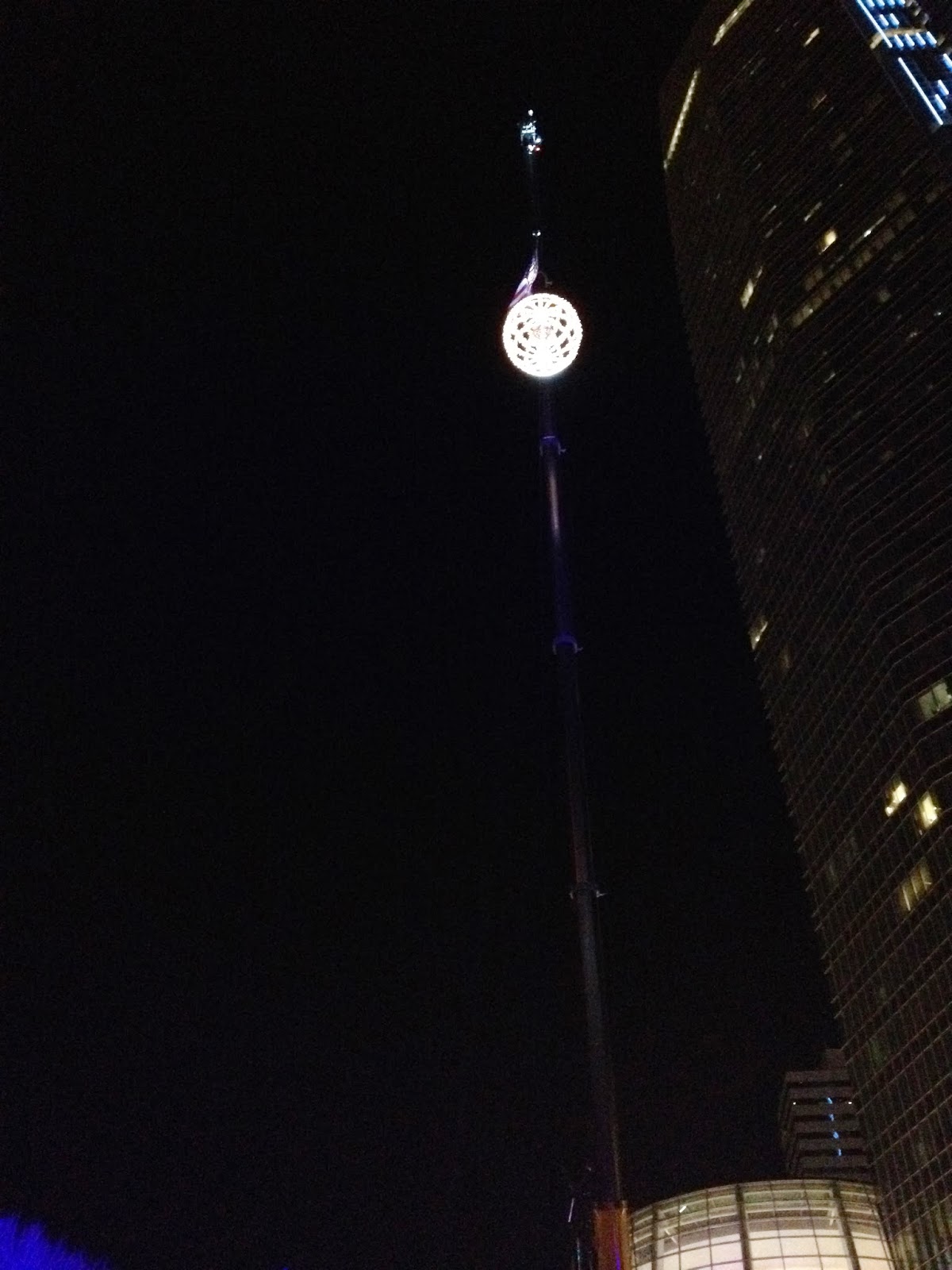 And instead of the ball dropping, they raised the ball in Oklahoma City.