In February, Nathaniel and I headed to Florida with my parents to hit up Disney World. And boy, was it a blast. We spent a few days running around Orlando and enjoying the magic of Disney. 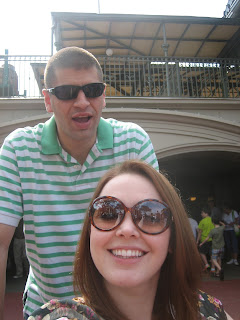 Scootin' around in the wheelchair.

And by running, I actually mean half running and half wheeling. Remember how my ankle is wonky? Well, it's  not gotten any better — in fact, it's gotten worse over the last two years — so Nathaniel spent half the time wheeling me around in a wheelchair. I was grateful for it because it saved my knees, hips and ankles a lot of pain. But it was also horribly humbling and embarrassing. 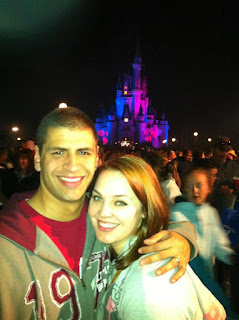 I grew up going to Disneyland, and Nathaniel grew up with Disney World. The whole time we were there, the four of us were comparing the two. No matter what conclusion we came to, we all decided we were still having a pretty good time. You really can't beat Disney details. 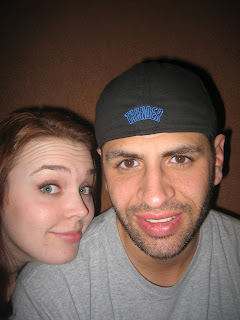 Of course, so much running around left us exhausted...I think the first day we were there for something like 12 hours. I think I was asleep before my head hit the pillow. 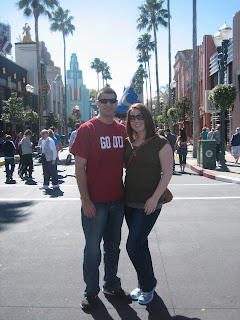 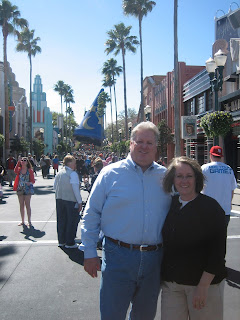 After our visit in Orlando, we packed up the car and spent a few days in Miami before our return to Oklahoma. My parents got to meet all of Nathaniel's extended family, and we had such a blast hanging with the family. I felt like my heart was totally torn apart when we got back on the plane...I was NOT ready to leave! 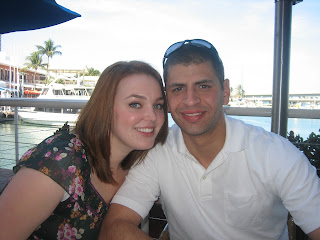 Eating lunch on the water in Miami with family.
Always,