I have been eyeballing the Norman farmer's market website for months waiting for them to open. I was there the first day with some cash in my wallet ready to blow it on some delicious home-grown goods. And I was not disappointed. 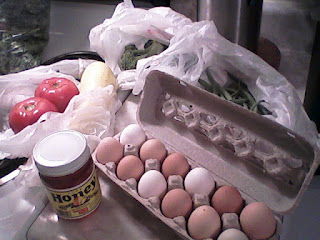 I also scored a few picture frames at the flea market going on at the same time. I plan on painting them white. 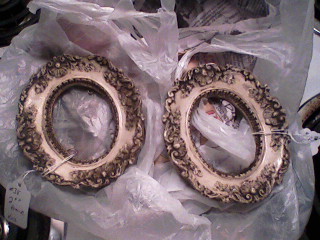 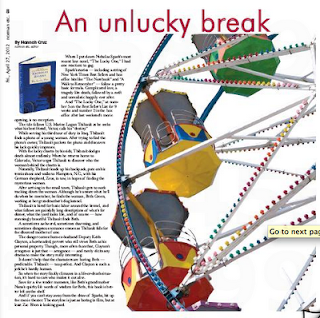 I've read Nicholas Sparks books in the past...but "The Lucky One" just didn't cut it for me. Read my book review here.

I can say without a doubt that April 13, 2012 is a date I will never forget. It's not easy to forget your first tornado.

Meterologists were predicting the weekend would have us seeing a lot of severe weather. I got myself so nervous about the whole thing I was sick to my stomach Friday morning. I called in sick.

We were watching the weather all day long, Nathaniel kept checking to see if work was going to get called off but it never happened. I asked him to call in sick anyway, but he loaded up in the car and took off. It wasn't long before his cell phone rang with a call from his boss calling it off. I instantly felt relieved, knowing he wouldn't be on the road...or worse, on the water.

The National Weather Service announced a tornado watch. I realized my dad was on the road and headed toward us. I call him and warn him about the weather. He told me, as he was driving on the road, he has seen semi's blown over on the side of the road. He pulls over.

We were sitting in our living room around 3:50 p.m., studying the NOAA's website, when Nathaniel's dad called. He told us there was a tornado in Newcastle — a town right next to us — and wanted to know if we were covered. Nathaniel laughed, told him we would head to campus in a few minutes to take cover.

And then the siren went off.

On Being a Woman: Segullah

I'm kicking up a storm over at Segullah. Go check it out here and here.

I was responsible for teaching the Easter lesson to the Young Women in our ward on Easter Sunday. I wanted the girls to really understand the story, and doing it through scripture was important to me. I spent some time reading all the gospels, trying my best to understand all the overlapping details of the story. I then sorted the story out in to three parts, and found scriptures that best illustrated the flow of the story.

I can't say for sure if the girls got anything out of it — I sure hope they did — but I did. I learned a lot about the Savior, and am grateful for the experience.

Hopefully, someone else can get something out of it, too.

This is what I came up with:

Sometimes interesting things happen in the newsroom. These is one of my favorites:

A man wandered into the newsroom. Not entirely unusual. More often then not, they're inquiring about an obituary or they're hoping to pitch a story to the editor. This man was the latter.

He wanted to know if we ever bought photos from the public.

Our editor walks out of the office, asks him what he needs.

At this point, I'm zoned-out, just focusing on the work in front of me.

And then, from straight behind me, I hear the man say his photo is of Big Foot.