Sometimes my job is serendipitously fun. Covering the second day of Norman Music Festival was such a day.

Honestly, I hate writing stories on large festivals like Norman Music Festival because the story relies totally on man-on-the-street interviews. These types of interviews are usually awful and boring, and only occasionally really spectacular — if you're lucky. 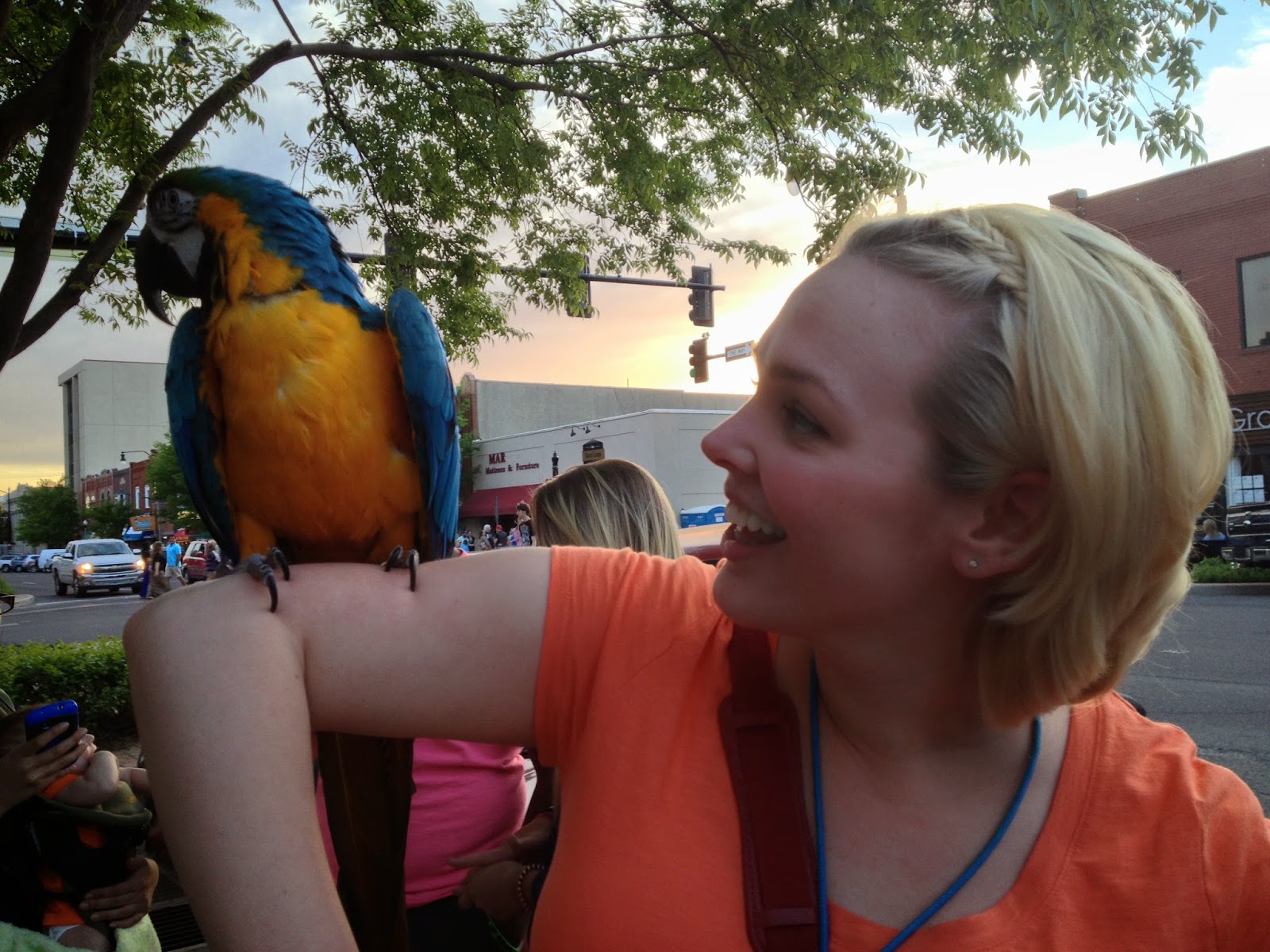 The makings of a perfect night at work.
Read more »
Posted by Hannah 0 comments

The average newsroom isn't a glamorous place. To be frank, ours feels like a dungeon — it's in the back of the building and there's no windows. Most things are aged more than is reasonable. Like the desks. Lord knows when those were purchased. But still, this is where the magic happens.

I sit next to the photographers' desks, and our lead photographer Kyle Phillips often experiments with his camera while I sit at my desk...here are some of his creations taken while I work at my desk. 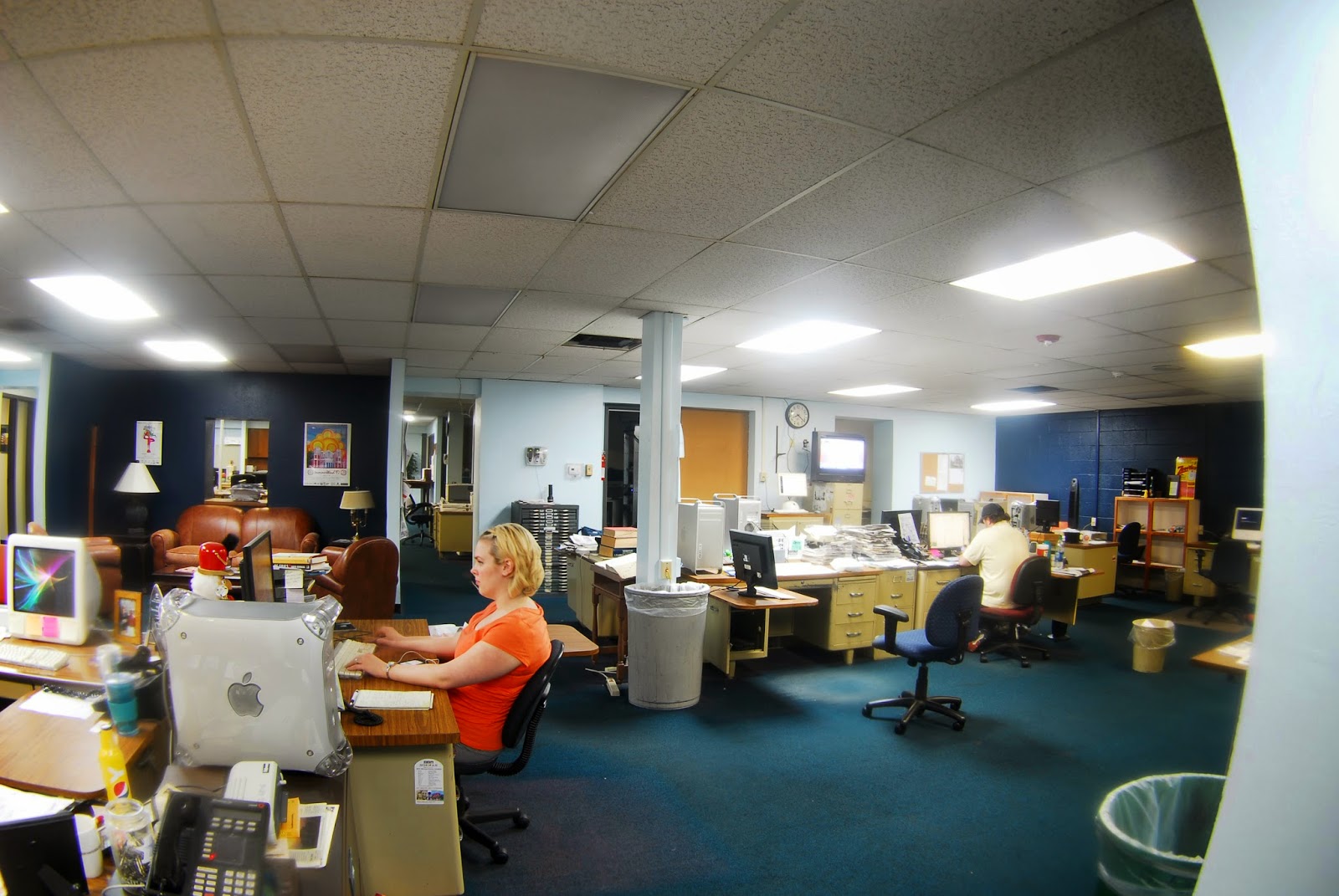 I always assumed when I was pregnant that I would show quickly and get huge. That has not been the case. My body has shifted dramatically, though! When I was only about 10 weeks and had only gained about six pounds, I had gained two inches onto my waist line. I have also gone up a cup size already, and trying to embrace my already DD bra. YIKES! 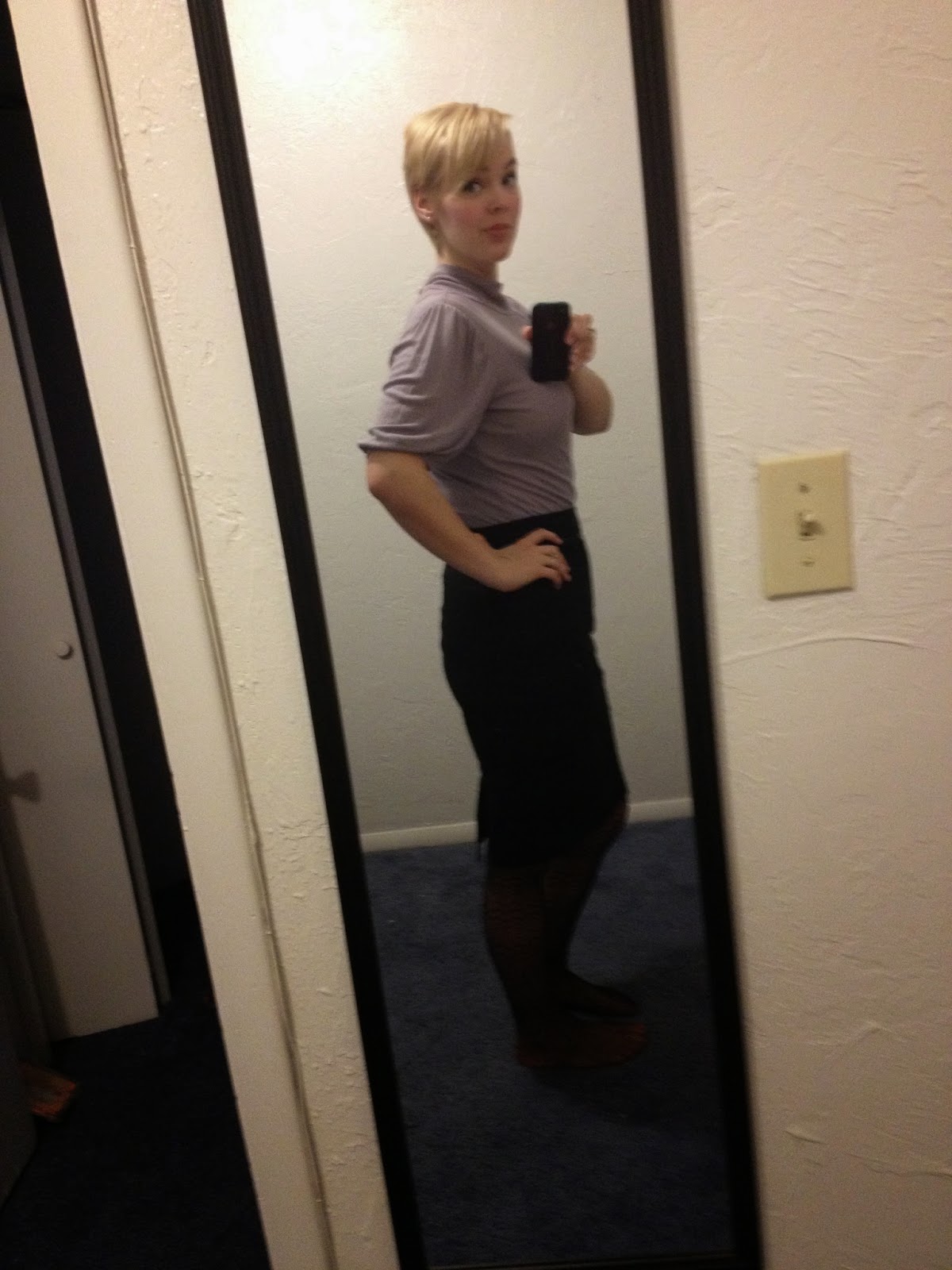 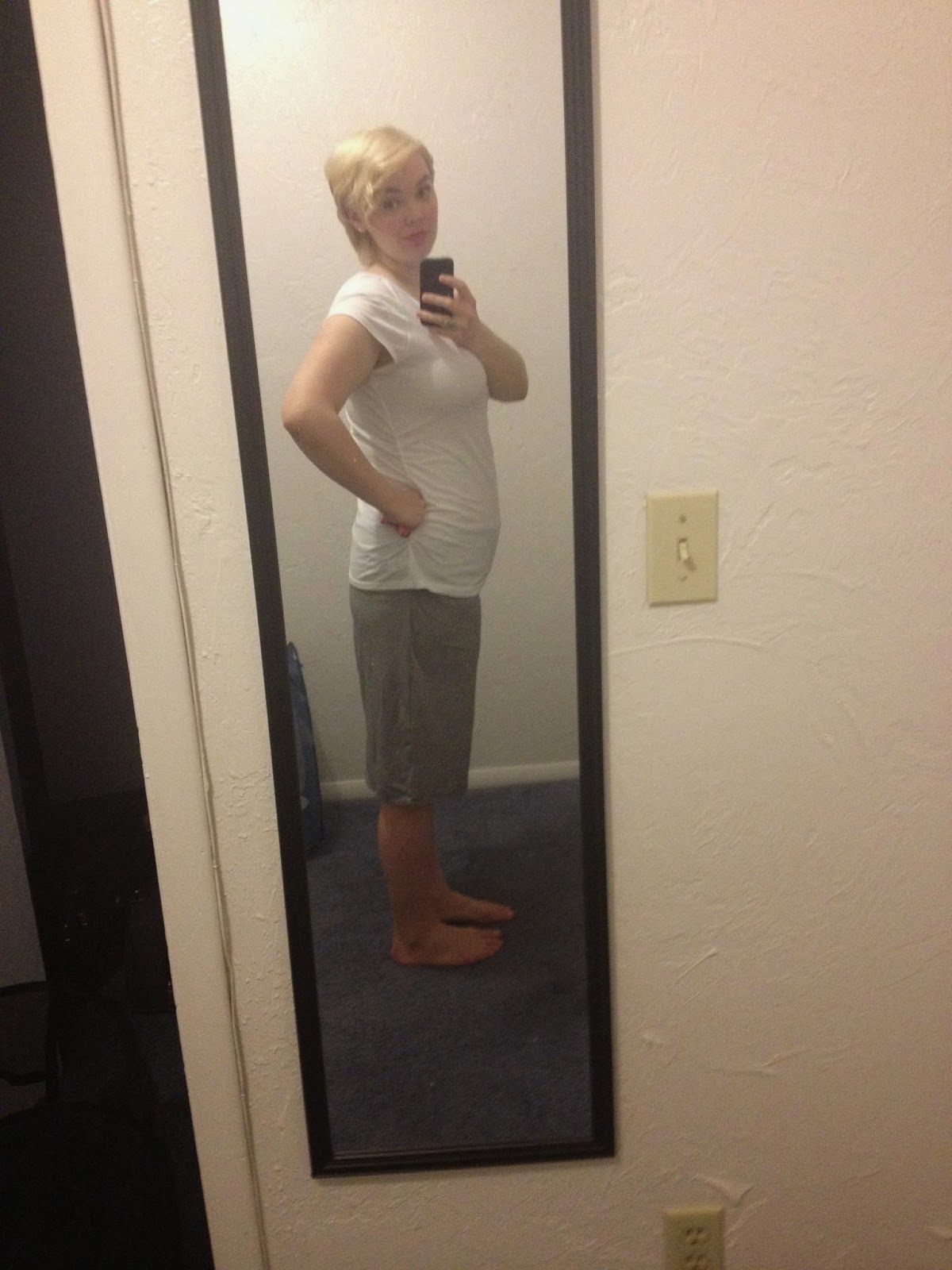 In November before I found out I was pregnant, and around 17 weeks. I'm a little more pouchy here. 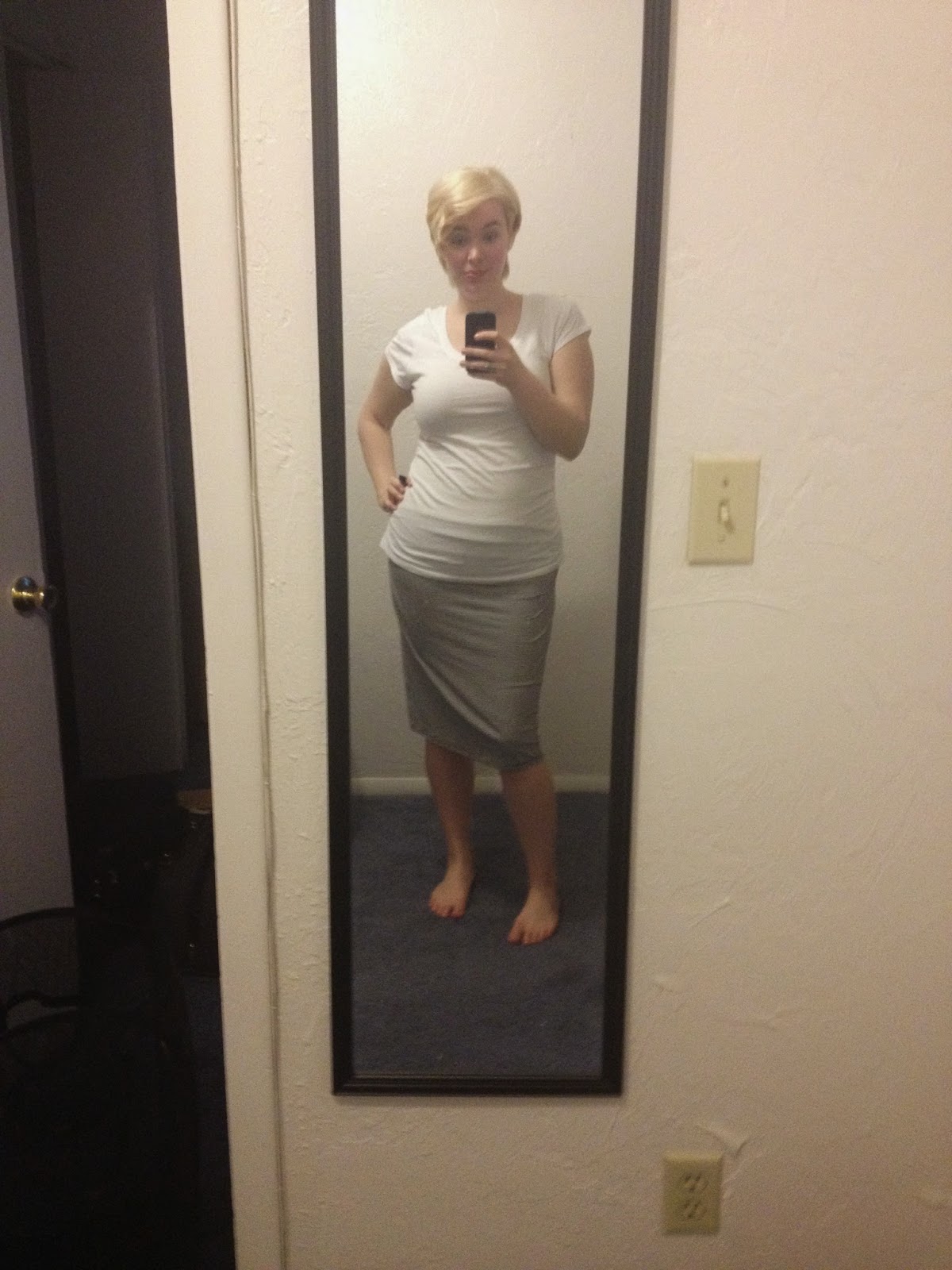 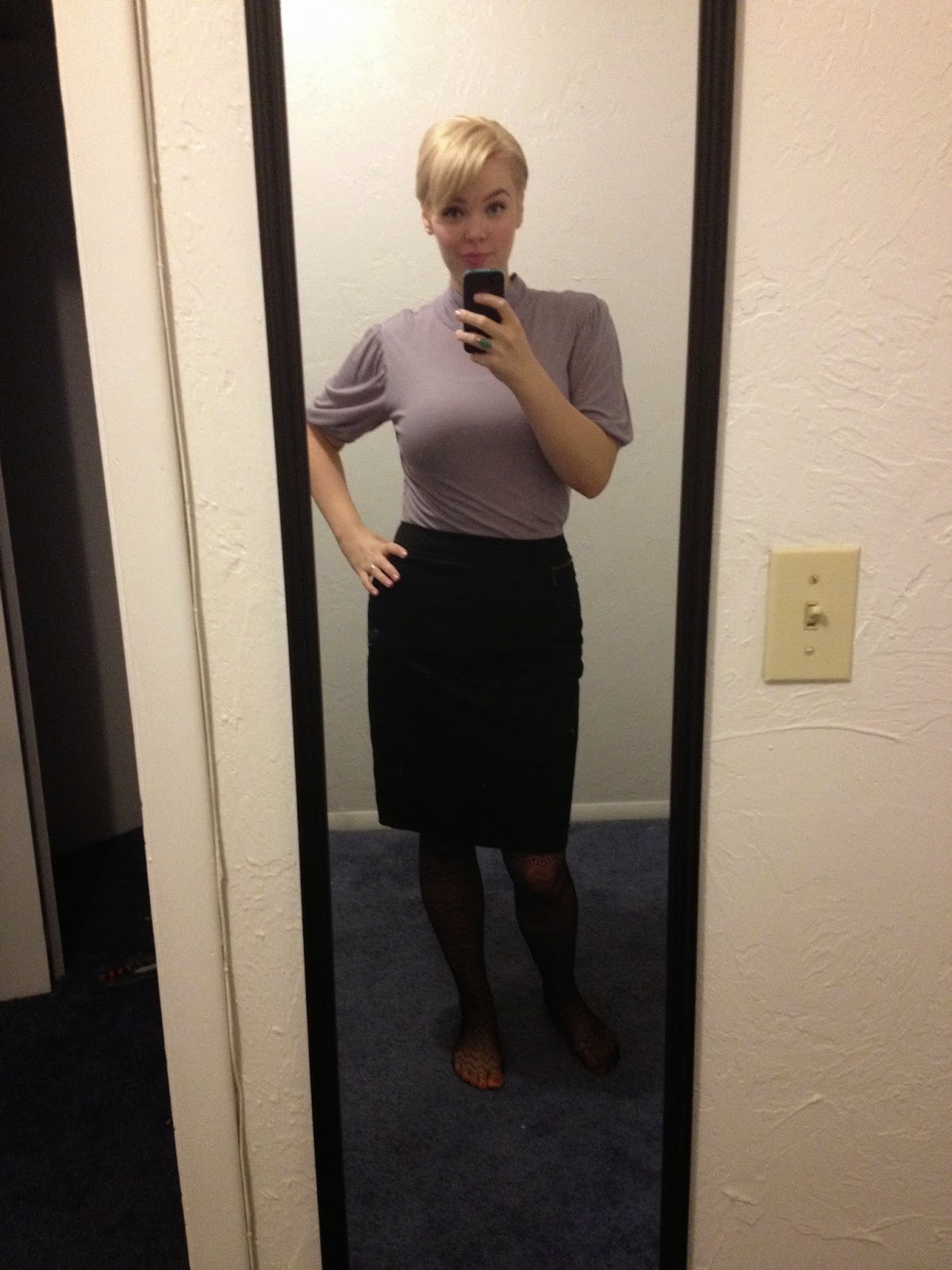 17 weeks and pre-pregnancy. I think you can see the adjustment on my waistline here.

At around 22 weeks it started to become more obvious, and not just look like I was chubby!
Read more »
Posted by Hannah 1 comments

My dear friend Dana recently commissioned me to create a poster for one of her friends, with the saying "Start by doing what is necessary, then what is possible, and suddenly you are doing the impossible." The quote is something they use to encourage each other at work. At first we envisioned the poster with color, but after completing it, we both felt maybe the design would be stronger in simple black. And thus, two posters were created. 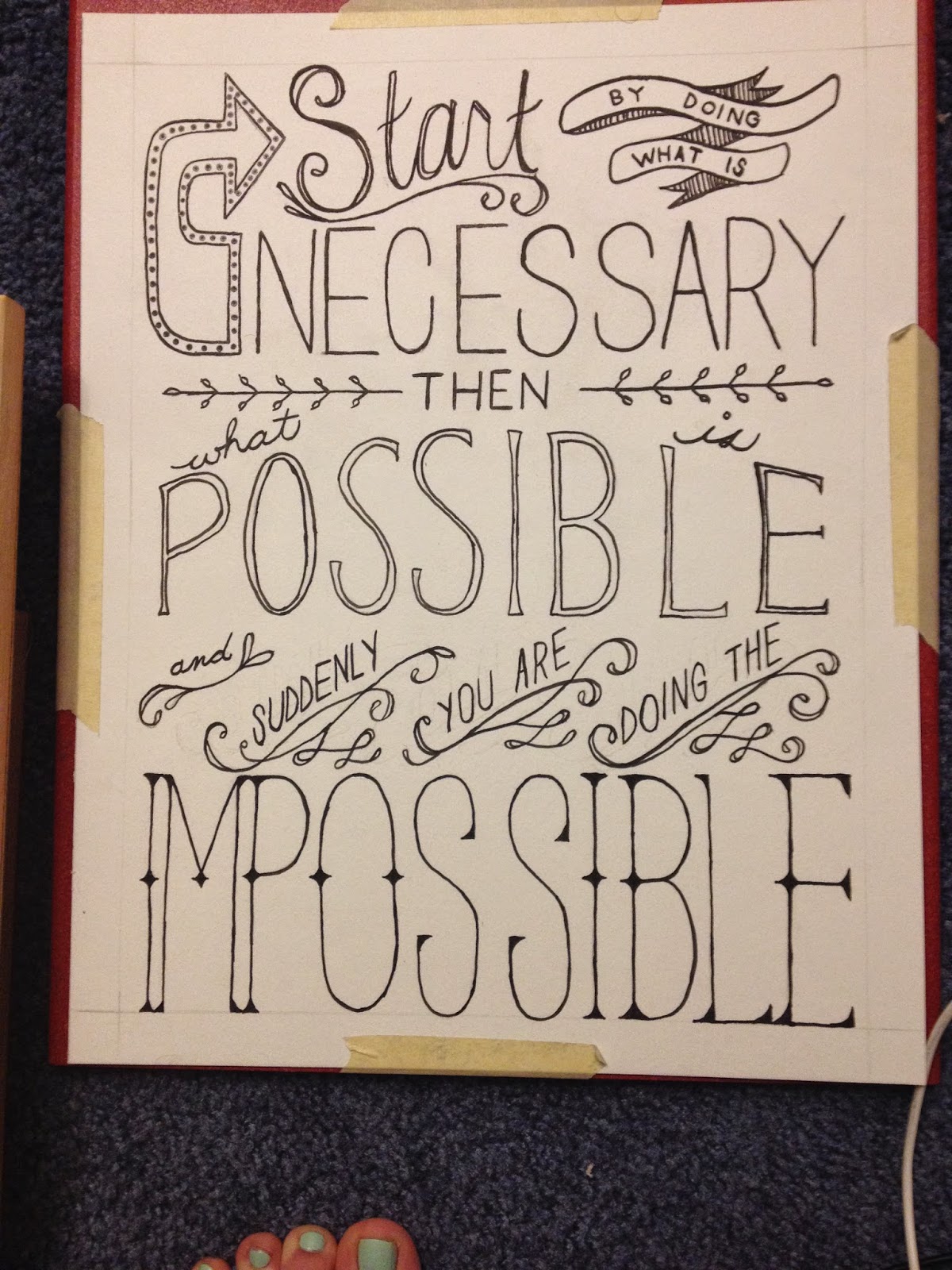 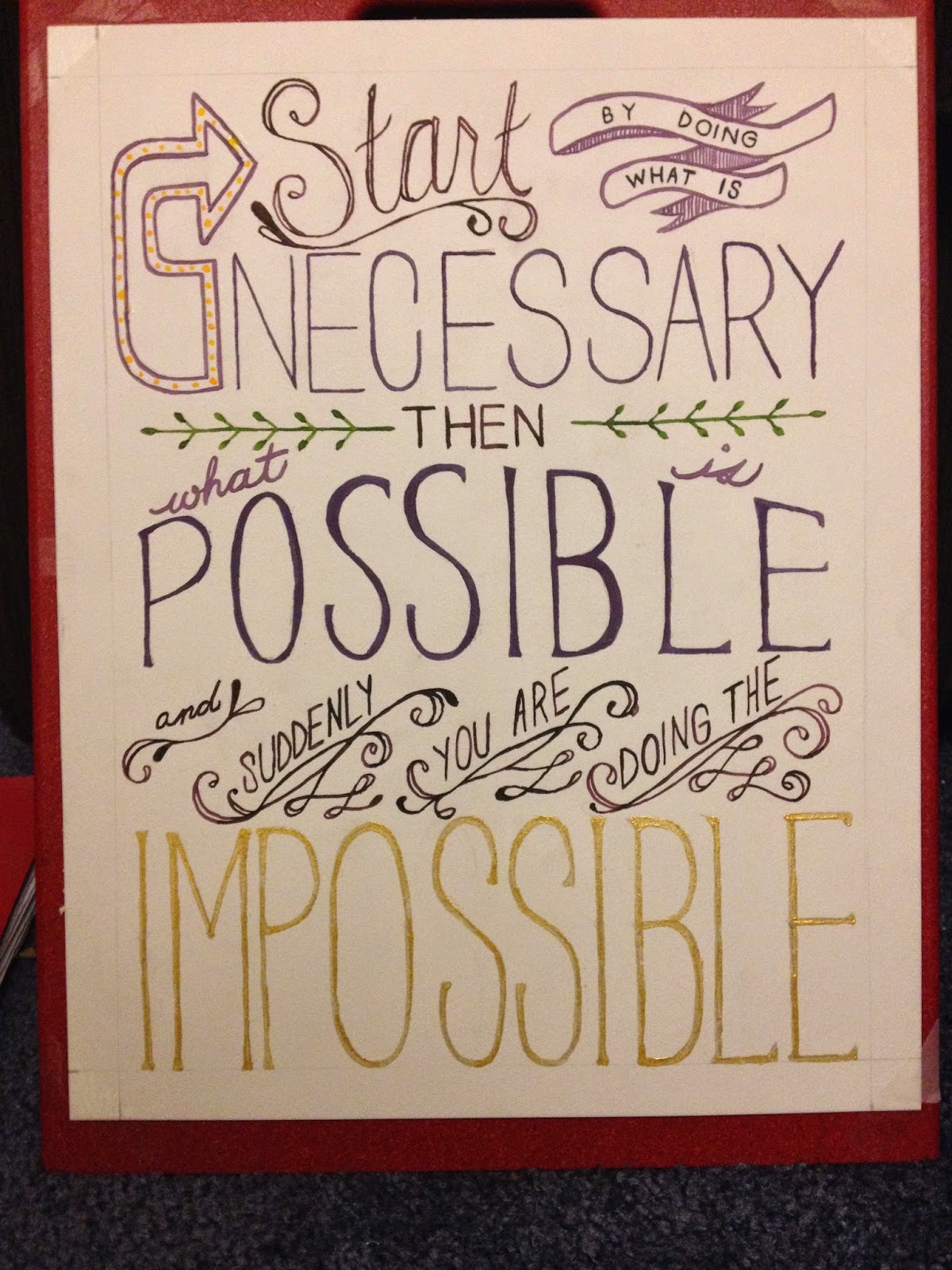 The two final products, both created with ink. The color image is purple with gold leaf on the bottom.

You know you're pregnant when...

All the reasons I've cried thus far:
Thank you, pregnancy hormones, for making me a crazy person. The best part is I'm usually laughing and crying at the same time because I realize how absolutely ridiculous I'm being.

My grandparents celebrated their 60th wedding anniversary over the weekend. I was so grateful to be able to be back in California to celebrate such a milestone with them and my entire family (save for three cousins and a few in-laws).

It was a special occasion to have most of us in the same spot, and I will forever cherish the conversations I had with both of my grandparents. Grandad, 84, was recently diagnosed with prostate cancer. Unfortunately, the cancer has spread to his spine. Though we don't yet know his prognosis, we know at his age, it's only a matter of time — month or years. We sat and talked about life lessons he has learned, and I asked him for advice he'd give me as I approach motherhood and anything he'd want to tell his great-grandchildren. It was a tender exchange between the two of us and my cousins, mom and aunt that were also gathered around. I loved seeing my grandma, 79, tear up as she viewed a printed version of one of her wedding photos. 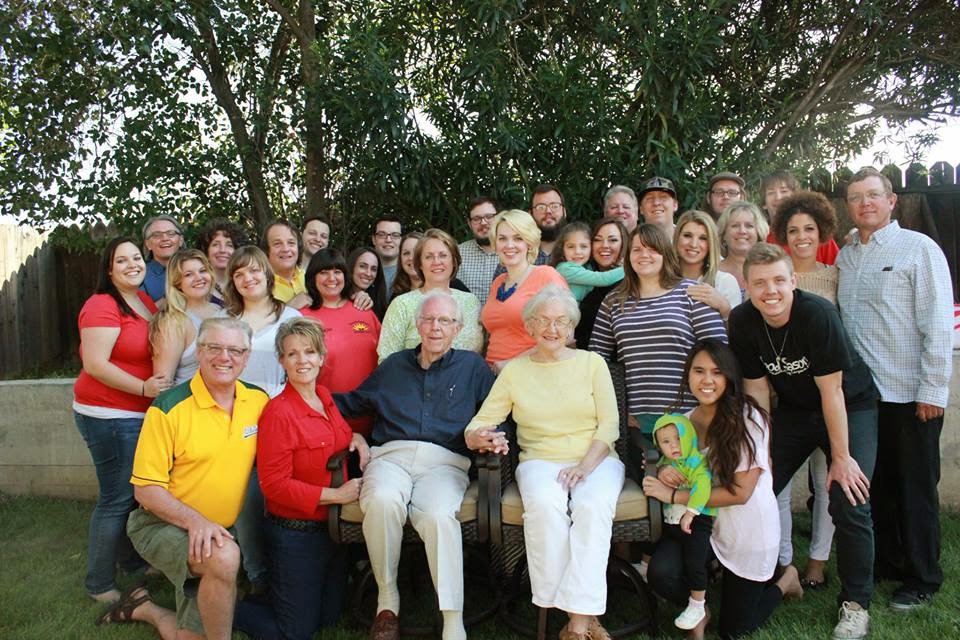 All of us! I am so grateful that my family can be mine for eternity!

My story on Art Feeds was picked up by the Associated Press and ran in several publications nation wide, including The Washington Times, The San Francisco Chronicle and The Houston Chronicle. 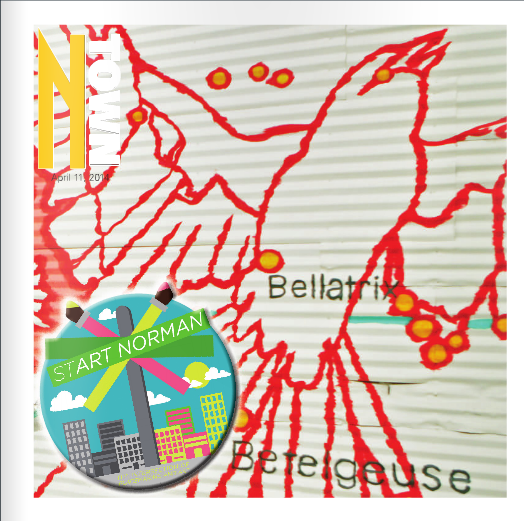 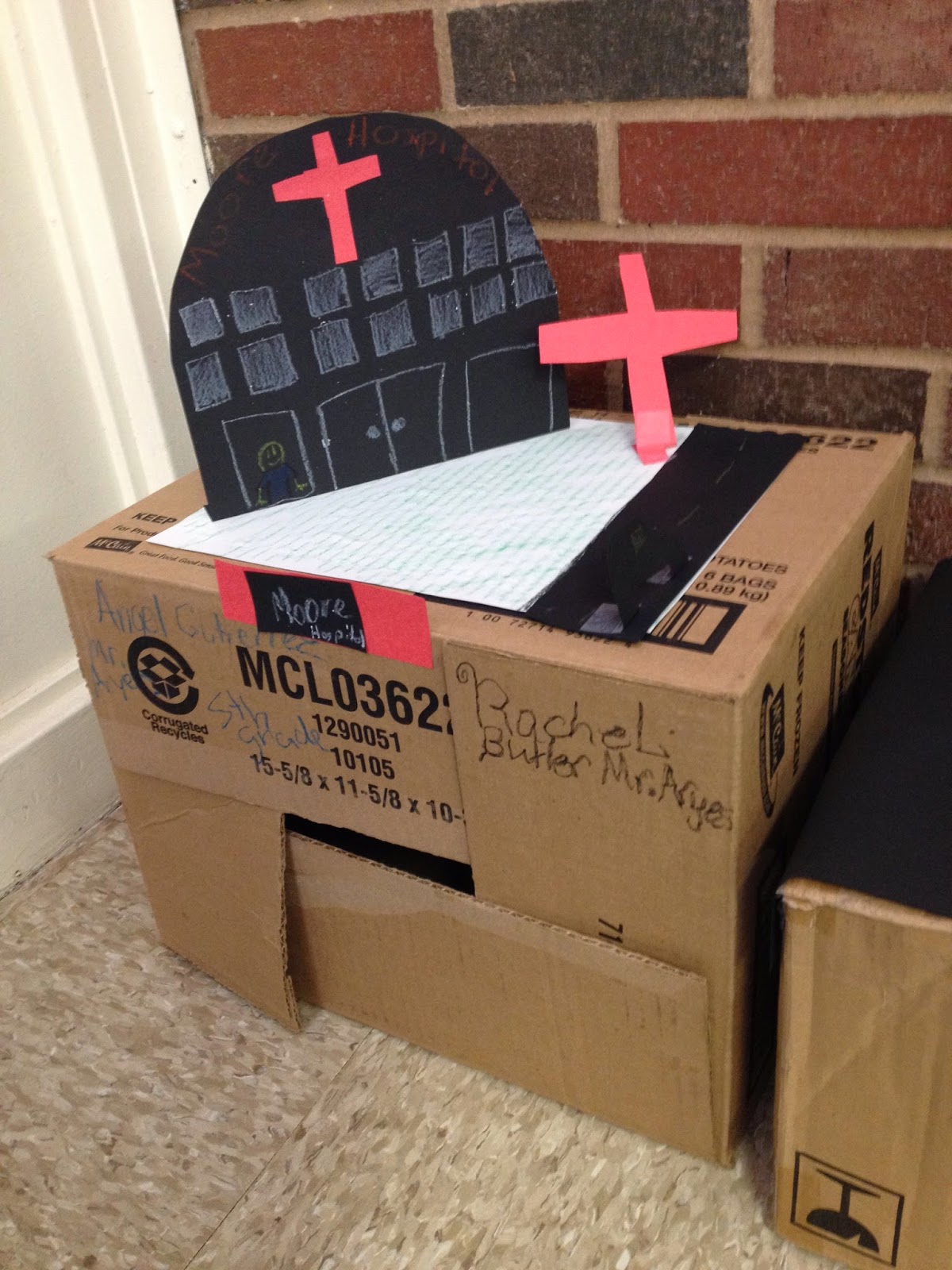