Obama came to Oklahoma. Our newsroom sent one of our photographers out to get photos. His captures had us doubling over in laughter. All we could imagine was Obama flirting with the audience... 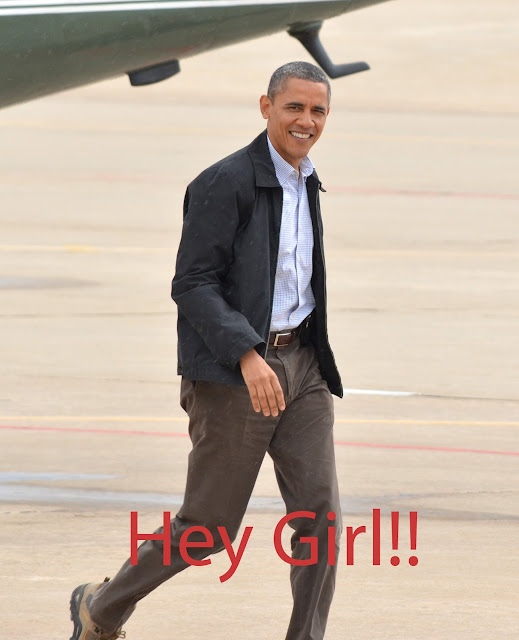 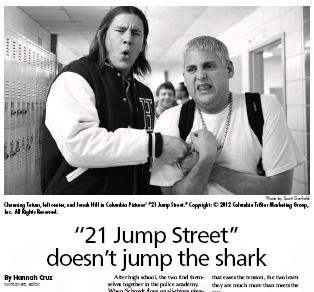 There's no doubt about it, "21 Jump Street" was hilarious — albeit, slightly inappropriate. Read my movie review here.

On Colombia and Never Meeting a Stranger 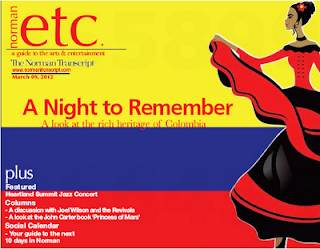 The Colombian Student Association (COLAS) hosted a Colombian Night in March. I visited with Yoana Walschap, the COLSA advisor, before the event and a blast learning about her homeland and her culture. The day of the event I enjoyed a traditional Colombian dinner before the real show began. As I stood in line, I got to chat with a woman there. We ended up eating dinner together and enjoyed chatting about life, marriage, religion and what have you, before heading over to the theatre. As we stood in line at the theatre, I lost track of her and we were unable to sit together. I was pleasantly surprised a few days later to receive this in my email:

Greetings, Hannah,
I am the person with whom you had dinner and conversation at the Columbia Night event, and I want to let you know what a pleasure it was to meet you. You are a lovely, accomplished, mature young lady, and it was doubly gratifying to learn that you are a believer.
I am enjoying reading your bylines in the paper, but I also wanted to mention something about the last half of that evening (at the show). After I returned from the ladies’ room, I looked around for you but did not initially see you in the line (looked everywhere but there, I guess). I am not one to cut in, so I went to the back of the lines, which was a somewhat confusing configuration. Then it looked like you were given a special seat down front, as you should have been, and I saw that quite a few rows were reserved. So I did not try to come down front either, and I’m sorry that I did not get a chance to say good-bye and to tell you how much I enjoyed your company. I have not forgotten our meeting and wanted to send you some encouragement and my regards.
May God bless your life as well as your endeavors with the Norman Transcript and beyond. I’m sure you will do well, both professionally and personally. You are blessed already since you are obviously happy with your work and your life.
All the best to you!
Lynn Hall
The Soap Lady :)

This is why I love my job — intimately connecting with another human for even just a moment reminds me of how beautiful this world is.

You can read my news story after the event here.

A while back I was called as my ward's camp director. I wasn't too thrown because I did it last year. But then I was called as the ward's young women second counselor. I'm young enough to have been in young women at the same time as some of my girls...and that just seems scary!

I headed to a leader's retreat this weekend, and on my way there I was totally miserable. I felt overwhelmed and out of place. I don't feel like I have enough experience to be guiding youth — beyond camp, anyway! 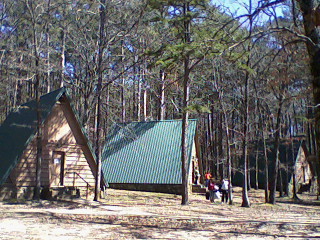 At the retreat. This is where we'll have camp in the summer.

But by the time I left, I felt uplifted and ready to conquer my new calling. During the drive home I pondered all the thing I learned (or remembered) — about teaching, listening and loving — and I felt like I could really do this.

So here's to faith and hoping I'm actually a positive influence!

P.S.
All clergy members in the LDS church are volunteers and are specifically asked (or called) to volunteer for certain positions. A ward is a congregation, and a stake is a group of congregations in one area. 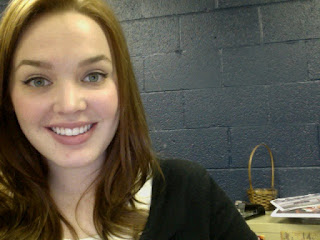 This one has cinderblock walls painted blue. Because, blue is calming, obviously.