Creativity: Amy of Happily Ever Now

So I've never met Amy of Happily Ever Now, but her blog has become one of my favorites: it's clear full of joy and optimism. Finding the silver-lining (and then writing about it) is how Amy is creative. Read on to discover a little more for yourself:

Don’t click away yet! My name is Amy, and Hannah graciously invited me to write for her blog today! And I am absolutely excited that she did. I’m twenty years old, a college junior studying elementary education at BYU, and I write my own stories over at Happily Ever Now. 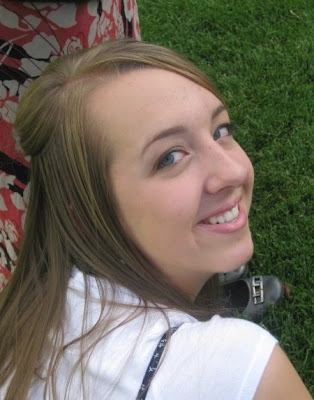 this is the only non-awkward picture of myself I could find.
just kidding! ...because even this one is kind of awkward. baha

Obviously the braid trend has been gaining momentum over the last few years. I must admit, at first, I wasn't feeling it. Now I love it. Although, I used to think fishtail braids were really tacky. There was something about the hair tie at the top that, to me, was gag-worthy. Take the lovely Blake Lively, for example: 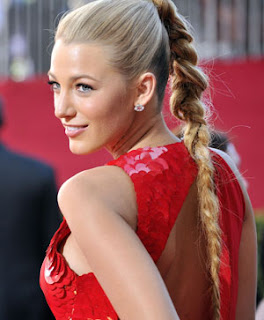 She's obviously gorgeous, but I feel like the tie at the top is just...juvenile. Without the tie, I think a fishtail braid can be both bohemian and elegant. Which was the exact feeling we were going for with Kourt's bridal hair:
Read more »
Posted by Hannah 4 comments

Creativity from Yours Truly: Steps to Creativity

I am a creative person. As a little girl, I would play pretend for hours. I was a mother during the American Revolution. A mermaid in the midst of a deep and mysterious sea, a playful puppy, and even a gardener. I wore elaborate crowns and ruled my country in humility. I painted masterpieces. I educated young pupils in my classroom. I built fortresses and flew airplanes. I was anything and everything I wanted to be.

It often surprises me now when I hear anybody, young or old, say they aren't creative and that their imagination is lacking. Now that just seems absurd -- no creativity? Bah.

As adults, whether we are artists, teachers, doctors, politicians, pastors, parents, fashionistas, chefs, or athletes, we share one thing in common: the ability to create something where nothing existed before.

And so my friends, I created a list of pointers on how to become a more creative person:

1. Believe in yourself.
Back when I started working on my art minor, I walked into my first figure drawing class and felt very much like a journalist in a room full of artists. I was sure I wouldn't stack up against the rest. My teacher, Terry Morrow, was a tough grader, too, but told us almost every class that we were the "creme de la creme," that our minds were brilliant and we were capable of learning. I needed him to have that confidence for me when I couldn't, but I quickly learned that I really am capable. In fact, by the end of the semester I had won the title of "most improved." 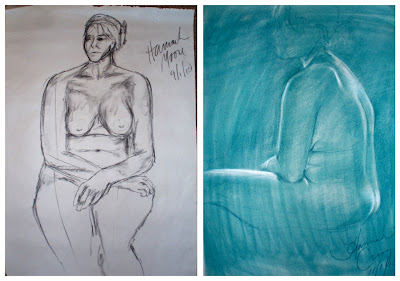 A drawing of the same model on the first day of class and then towards the end. In the words of Terry, the "Big Mich" would have been really very proud.
Read more »
Posted by Hannah 9 comments

Creativity: Elizabeth of Riding in the Sun


And now, a word from a fellow journalist, my beautiful (and resourceful) cousin-in-law, Elizabeth. She uses creativity to enrich her day-to-day life, and improve her relationships with others. Read on:
♥ ♥ ♥ ♥
Swinging on a shoestring
As the saying goes, necessity is the mother of invention. Everyday life takes you places and demands results often when you have the least resources. When this happens- I wing it. Whether I’m camping, cooking a new dish, planning an international trip or searching for a new job, something always happens that requires me to improvise with however little (or much) I have.
Read more »
Posted by Hannah 2 comments

Creativity: Meredith of Yours, Mine & Ours


Meet Meredith: fashion blogger, mama, and the greatest cheapskate I have ever had the pleasure of knowing (at least through cyberspace). She uses very creative financial solutions to indulge in fashion. Let's all learn a little from her wisdom shall we?

Today creativity is on the brain. And more specifically: creativity via how I dress on the cheap.

Day 2 of HEIA: Creativity.
Kristi is easily one of my favorite people in the entire world. She is brilliant and absolutely hilarious. She'll tell you herself, but we're camp friends (are you tired of hearing about camp yet?!) and have a million fabulous memories together. 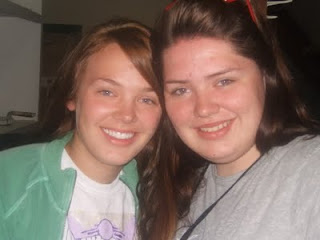 Me and Kristi when we were...16? 17?
Today, she's inspiring us by reminding us that we all possess the ability to create. Enjoy Kristi's brilliance:
♥ ♥ ♥ ♥
Hey darlings! This is Kristi from Live. Laugh. Read, and I’m so excited to be guest posting on Hannah Explains It All today!  Hannah and I go way back to when we were both young 12 year-olds going to girl’s camp together.  Hannah has asked that I write a little somethin somethin about creativity for all her lovely followers. Seriously, you’re all lovely. 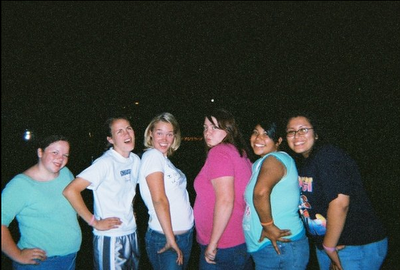 Hannah and I (we’re in the middle) when we were what, 14 maybe? I’m in the pink shirt and obviously need a better bra. Hannah looks awesome as always.

Creativity: Alyssa of the Happy Pear


If you haven't figured it out by now, I'm all about creativity. I've asked some of my favorite people to share with us what creativity means to them. I'll add my thoughts later, too. This week is the "kick-off" so come back every day this week to hear from another blogger about creativity.


And if you have something to add to the discussion, just let me know! I'm sure we'd all love to hear from you. E-mail me at hannahmoore2007 at hotmail dot com.
Now... my wonderful readers, meet the always adorable blogger-photographer-dancer extraordinaire: Alyssa of the Happy Pear.
♥ ♥ ♥ ♥
Hi, friends! Super grateful to the lovely Hannah for suggesting I write a little bit about something I'm already very passionate about: ever since I was a kid I've always loved using the creative side of my brain. I remember having backyard experiments and adventures, but it wasn't until I was an adult that I realized I really have a passion for creativity.
My favorite way to use creativity is easily found through the arts; I'm an avid photographer, and enjoy trying to find unique ways to capture lovely moments and sweet personalities. There's something special about being able to stop time for just a moment and document it. Take this photo: 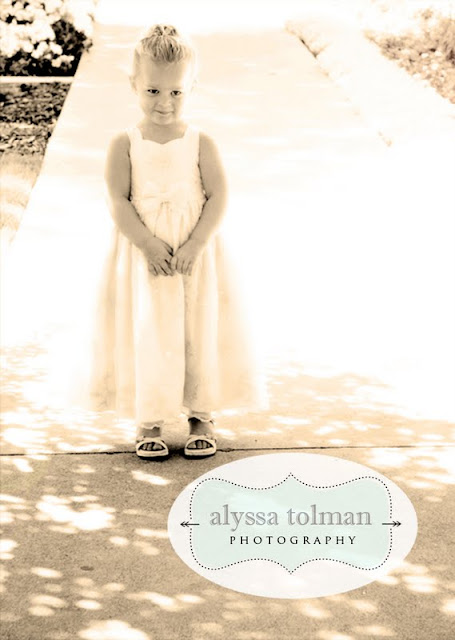 I love Sundays because every Sunday is the Sabbath day -- a day set apart from the rest of the week to rest from worldly concerns (like work or school) and focus on the Lord. It doesn't always mean the day is literally silent, sometimes I am with not-so-quiet family or friends or sometimes I am serving or teaching, but somehow it always restores my spiritual batteries and prepares me for the week of work ahead.
Sundays are peaceful. So was the morning we went to the Sacramento temple to get married. The temple grounds feel like Sunday every day -- peaceful and always set apart from the concerns of the world. I found the following lil' beauties on my mom's computer. It's us in the parking lot the morning we got married before our marriage ceremony. They're just snapshots my mom took, but they definitely make me smile and help me feel a tiny bit of that peace I felt that morning.
Read more »
Posted by Hannah 5 comments

P.S.
I have something exciting coming next week! Keep your eyes peeled for some guest posts from some of my favorite people! 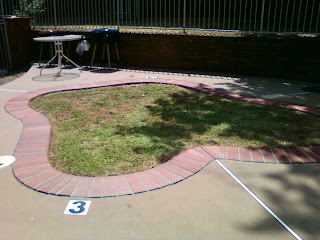 I love our hot tub.

Apartment living is definitely something special. If you haven't experienced it, you're missing out. Yesterday a chunk of our ceiling fell out and started dripping water. We also went to do our laundry for the first time. After a few dollars and hours in the apartment's laundry room, we discovered their driers don't work very well. It resulted in three loads of laundry sprinkled around our tiny apartment -- which was mostly just funny. This morning our water wasn't running (due to an emergency, the office said). Have I mentioned our "ooooh yeah," neighbors?...I'll let you use your imagination on that one.