For our combined activity mutual a few weeks ago, the young women presidency planned an Iron Chef night. We split the kids into four teams, and created four cooking stations in the primary room. We brought in our pancake griddles, stir fries and spices — but all other supplies were from the church. We also pre-cooked noodles and rice, to save cooking time. 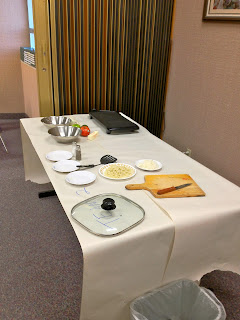 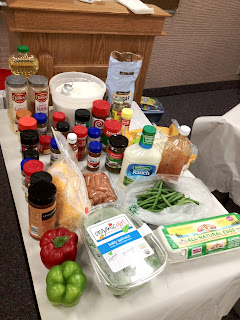 And, of course, Iron Chef wouldn't be Iron Chef without a secret ingredient. And ours...was turkey bacon. Or, fake bacon, as the kids called it. 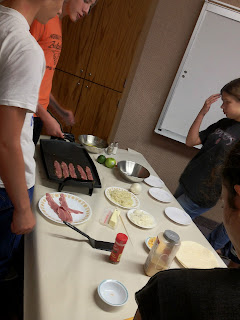 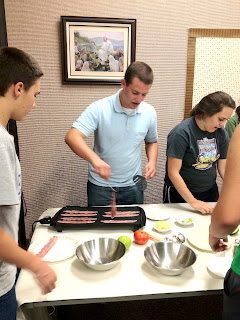 The groups cooking bacon as they deliberated what they were going to cook for the judges...it should come as no surprise that every group came up with a variation of the same thing. Because what do you think when you see eggs, "bacon," and tortillas? 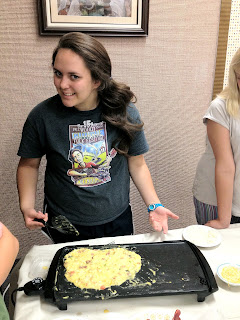 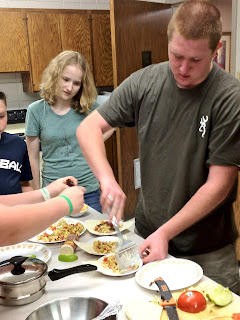 Unfortunately, we had a few problems during prep time. A few skillets stopped working, and we had to make some quick moves to the kitchen. 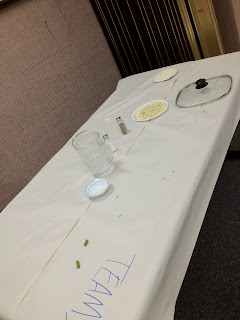 But the kids made it work, anyways... 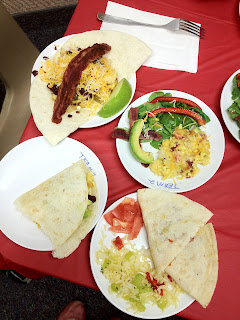 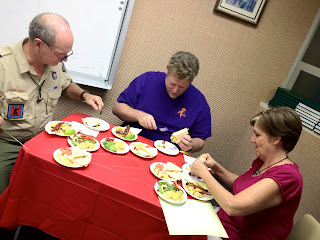 What they came up with...and the judges seriously deliberating over the entries. 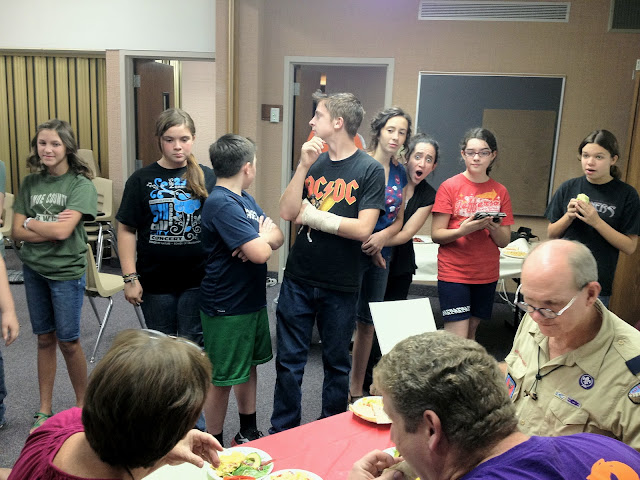 I'm sure the judges loved being eyeballed by the kids.

And in the end, we handed out several awards: "Best Use of Ingredients," "Best Tasting," "Best Team Work," and "Most Original."

All-in-all...not a bad youth night, and definitely an idea we'll have to give a try again.