When I was a little girl I used to sit on the edge of my mom's bed watching her as she sat cross-legged, a vanity mirror held up to her face as she applied her makeup. Although my mom, a mother of four, probably felt anything but glamorous -- I thought she was.

Several years in a row I dressed up as a cheerleader for Halloween, and my mom would dust my cheeks with blush and coat my lashes in mascara. There is a picture of me, I'm probably about 7, standing in a cheerleading costume, my eyes wide as saucers because I wasn't quite use to the sometimes sticky feel done-up eyelashes can have. My mouth held a smirk, and I can attest to this right now -- I felt like the most glamorous 7-year-old the world had ever seen.

Even when I got into high school and nobody was supervising how I did my makeup on a daily basis, my definition of glamour was a look that called all it's attention to the eyes. And as a girl with a tackle box full of makeup including every color eyeshadow times two, multiple shades of liquid and pencil eyeliners in natural and not-so-natural tones (including liquid glitter eyeliner), and mascaras in shades of green and blue, you better believe I spent a good bulk of my morning dressing my eyes up.

When it came to school dances, there were two things that were my stand-by for instant glamour -- white strips and false lashes. I already flirted with the drama on a day-to-day basis, so false lashes were an instant way for me to step up the game. I even tried wearing false eyelashes to school once, but they got uncomfortable before I even left *seminary and I peeled them off. 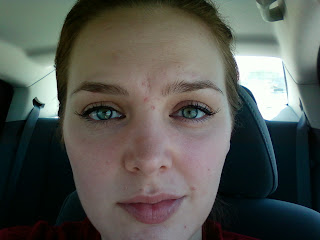 False lashes the other day with a quick coat of liquid eyeliner.

Once I reached college, much of my make-up routine went out the window. Living in the dorms, rolling out of bed and walking to class half asleep didn't leave much room or desire to keep up with my makeup routine. I saved my makeup for the weekends.

The only problem is that now, as a college grad, my motivation for drama on most days is completely non-existant. On one hand I have learned to appreciate the simple beauty that is me al naturale, and on the other I find myself quite scared of the everyday drama in which I used to so full heartedly embrace.

So I have found a simple solution to appease both my never-ending desire for a pinch of glamour as well as my overwhelming need to be lazy: individual false lashes. Simple. Easy. Glamorous.


All it takes is some individual false lashes (obviously), lash glue and tweezers. Do your make-up how you normally would, dab the end of a lash in glue, let dry for a few seconds, then place near the root of your lashes on the outside of each eye. Done! Wonderful! Beautiful! And most importantly glamorous! 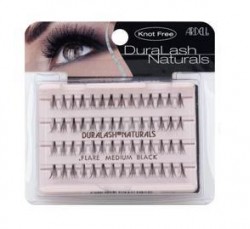 The brand of lashes I used.

And so, my beautiful (but maybe occasionally pressed for time/lazy) friends, be glamorous -- be it false lashes, red lipstick or beautiful blush -- your ego will thank you for it later.

*LDS high school aged students attend scripture study classes while they are in school. Most attend early morning sessions, like I did, and some have it during their actual school day.
Posted by Hannah

I've always thought you're STUNNING. This is inspiring. I think I might try. Thanks for the idea! xoxo

Thanks, Alyssa! DO try! And if you do, I want to see your results and how you felt about it. :)

I love it. You know I love me some glamor!

Mmmmhhhmmm...we all need a little in our day-to-day lives!