The Moore's: A Love Story

Once upon a time a woman named Joyzella (she went by Joyce, smart move) fell in love with a man named Sammy (yes, Sammy, not Samuel). He went off to serve in the military, but Joyce couldn't forget him. She didn't want to be forgotten either. So she sent a photo: 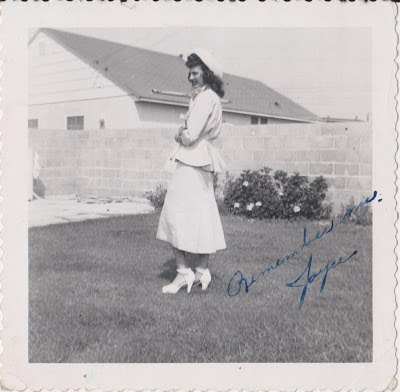 And Sammy took a few photos of himself, too, lookin' all kinds of handsome. 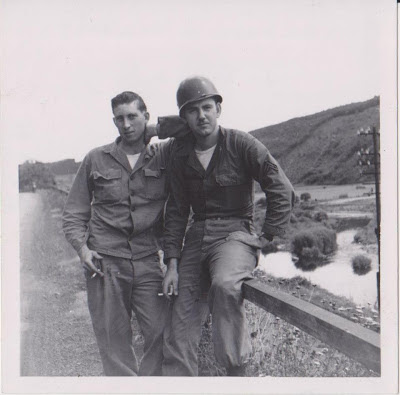 And then they got married. And had two boys, Kent Bradley and Brent Lydell. And then Brent met a girl named Connie. And Brent and Connie had three boys, Dallas Brent, Austin Kent and Tyler Trent. And then me: Hannah (nope, no middle name.)

Thanks for falling in love Grandma and Grandpa. It's easy to see why you were both so smitten.