The third day of tornado coverage I got a call from my public relations source from the local hospital. She asked me if I was busy and told me she had a woman for me to interview if I could get to the hospital in 15 minutes. The woman was willing to share her story of being in the middle of progressed labor at Moore Medical Center when the May 20 tornado struck the hospital. It only took me a second to get in the car.
I wasn't entirely sure what to expect when I arrived at the hospital, but when I met the mom, Shayla, I was struck by her peaceful demeanor. Despite having survived a tornado while in the middle of labor — she was nine centimeters dilated for pete's sake — Shayla was collected, serene and almost matter-of-fact as she related her story to me and a broadcaster.

Shayla's sweet baby boy was born just hours after the tornado ripped apart the hospital she was in. Shayla and her husband had selected the baby's name, Braeden Immanuel, weeks before his birth. Ironically, Immanuel means "God is with us." Shayla and her husband attributed their safety to the will of God. Shayla was bold in sharing her testimony of God and her gratitude for God keeping her, her family, her nurses and all others in the building safe. Nobody in the building was seriously injured. 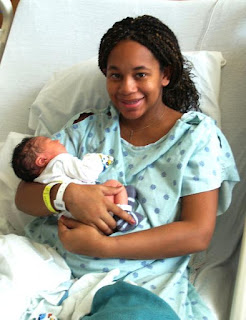 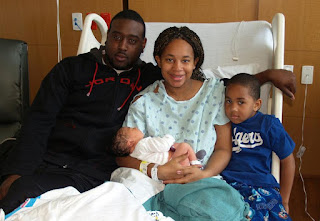 Shayla with her family.

As we were wrapping up the interview, a nurse came running up to greet the family. It was one of the nurses that cared for Shayla as the tornado approached. The nurse was responsible for piling warm towels on top of Shayla to protect her, as well as kneeling besides her to pray as the tornado hit the side of the building. It was fun to witness the two women reconnecting after such a traumatic experience. 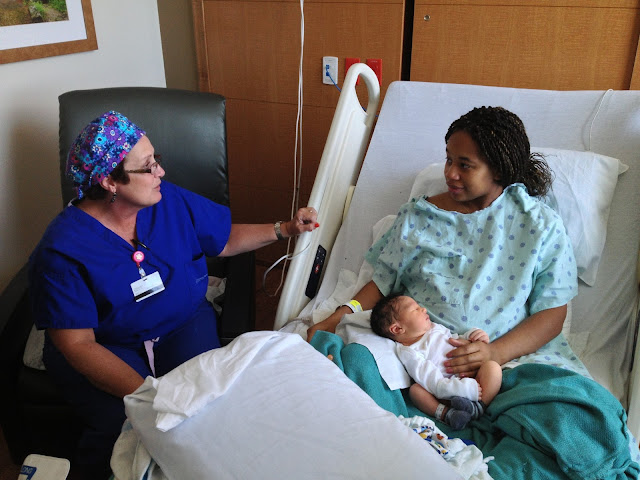 Shayla and her nurse.

Other medical stories I wrote included how hospital employees acted on their training and mental health clinics offered to children.