Angels Across the Street

Last Thursday I pulled out of the garage and was driving down the street when my phone rang. It was my cousin, Kourtney, who is living with us right now. When I answered the phone, I could hear a loud surging noise in the background.

K: "There's water pouring out all over the kitchen floor."

When the garage door came up again, Kourtney was already standing in the doorway with a face that said "oh my gosh," and that noise I had heard before was louder than I had anticipated.


After getting inside, the kitchen floor was already covered with water, and water was pouring out from behind the fridge. We weren't really sure what to do, and neither of us had any idea where to shut the water off.

Nathaniel was in class and couldn't/wouldn't answer the phone. So I was kind of feeling on my own to try and figure out what to do.

Thankfully, we live across the street from a firehouse. I ran across the street, walked inside and very awkwardly told one of the firemen that my kitchen was flooding. They got my address and told me they'd be right over.

Before too long a group of firemen jogged across the street to the rescue. A group of them went to the alley to shut off the water. Another few of them came inside to see what actually happened.

The last two weeks had been pretty cold, like subzero cold, but fortunately it wasn't a pipe that had burst. The fireman that checked it out said the tube that carries water to the freezer for the ice machine had just wiggled loose. After they shut the water off, they connected the tube back on and we were able to start the water up again.

And the best part is, the fireman squeeged out our kitchen. If they hadn't done that for us, the damage definitely would have been a lot worse. There's no way we could have dried up all that water with towels alone.

The water soaked about three feet into our carpet. Which, kinda sucked -- but not totally. Thankfully, Kourtney was there to catch it. If she hadn't...our whole house would be in some serious trouble. And those firemen...were my angels. They came and did more than we could have done for ourselves. The best part -- they had smiles on their faces the whole time, and totally diffused the stressful moment.

Even though it was a serious hiccup in our Thursday plans, it was really hard to be upset about it. Heavenly Father takes care of us. That's for sure. 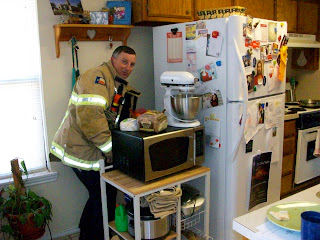 One of the firemen checking out what's up with the fridge. 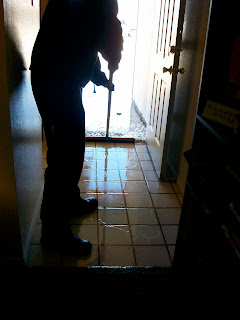 All the water getting pushed out of our kitchen. 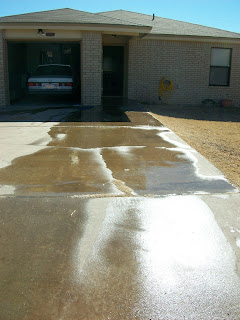 All the water the firemen pushed out of our front door...clear to the road. 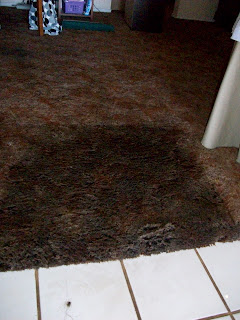 The three feet of carpet that got soaked. 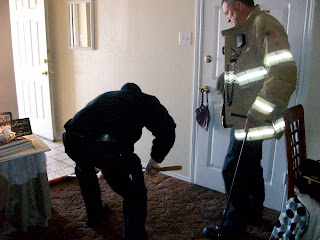 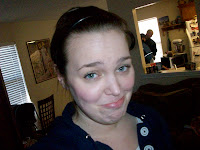 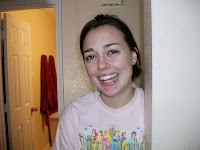 I was a little sad, flustered and surprised. Kourtney was...confused? 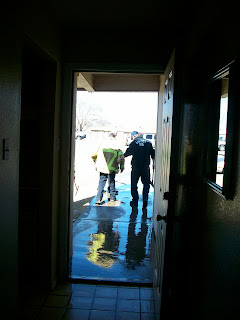 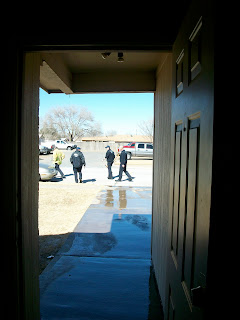 The firemen leaving. It was so cold outside the water froze on the driveway. 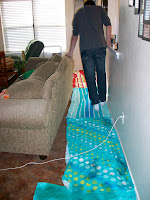 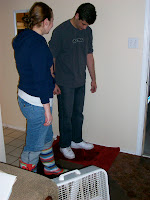 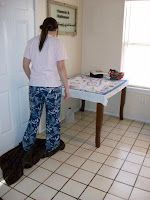 Cleaning up. We laid down towels and stepped and stepped and stepped to try and soak it all up. We easily went through 30 or so towels. We had to take several breaks to throw towels in the drier and wait for them to dry. We also placed fans on the carpet. Thankfully...it wasn't the whole family room, so it wasn't too much of a headache to clean up.