Post 9 of HEIA: Creativity.
Friends, meet Brandy of Deliciously Alive, who uses creativity to cope with illness. Learn a lil' from her wisdom...
♥ ♥ ♥ ♥

Medicine for the Soul
The foundation of who I am is built on creativity; from my enjoyment of music that has become the soundtrack to my life; to my personal expression through my clothes, accessories, and makeup; to the prose and artwork that gives my thoughts and dreams their own language. 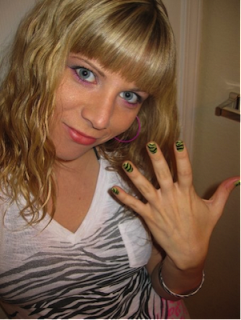 My zebra shirt matches my zebra bracelet which matches my zebra nails J
I am an only child and I learned early in life that my imagination could take me anywhere I wanted to go.  Growing up in the woods in Missouri, I would walk our property while picturing myself in faraway lands.  Although we had few neighbors, I had my very own “imaginary friend” to be my companion.  Her name was “Hook Brandy”… the “Hook” coming from my favorite character at the time, “Captain Hook”. 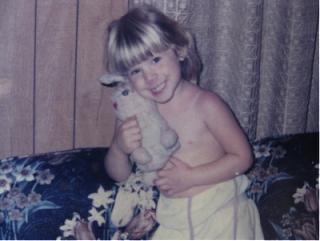 In Missouri before we moved to Florida with “Bunny”, the Bunny… not the most creative name, “Hook Brandy” must have named him. J
I participated in ballet and jazz classes from an early age, and found creativity through movement.  As I became an adolescent, I found expression through music (Nirvana was my muse during the early 90’s) and I dressed the part, with my flannel shirts, long hair, and black-lined eyes. 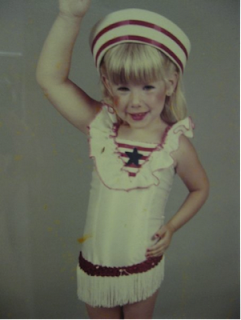 All dolled up for a tap routine at 3 years-old. J
Throughout my school years, from elementary to my Masters Program, I honed in my writing skills.  I found that my relationship with words brought positive response from my teachers and peers, and this encouraged me.
As I began my “adult” life with career and other responsibilities, my creativity outlets became few.  My love for music and fashion continued, but my relationship with tangible creations ceased.  Finding venues for expression became even more complicated as my health issues became all-consuming.
I was diagnosed with Crohn’s Disease in 2008, a chronic digestive tract disorder that causes painful and embarrassing symptoms and has no cure.  My creativity took a backseat as I focused on balancing my life in order to preserve my well-being.  I forgot about the healing powers of expression.  Unbeknownst to me at the time, there was a part of me that was craving to release the pain I was going through. 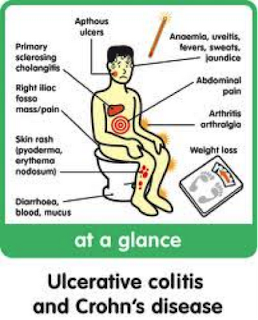 See, I told you it was embarrassing. J
After being hospitalized again this past April I struggled with self-blame and frustration.  Why weren’t my strict diet restrictions, compliance with medications, attendance of yoga classes, and numerous other wellness techniques keeping me healthy? 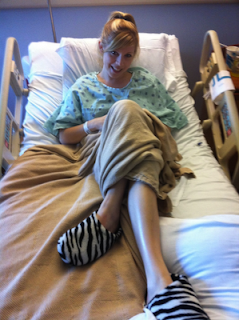 In the hospital this past April.
Then, I started writing again.
I created a blog, which gave me a venue for expression and an outlet for inspiration.  I not only began to write, but I also started to draw, take pictures, and combine all of these things in order to release whatever I was feeling at the time.
I rediscovered the best “medicine” for all that ailed me: creativity.  The past two months of expression have resulted in more energy and wellness than I have felt in many years.  My inspired creations have also opened doors to connect with others, as with Hannah and this piece of writing for her blog.  All of us have a voice, when we find it and give it wings; the heights we can reach are infinite. 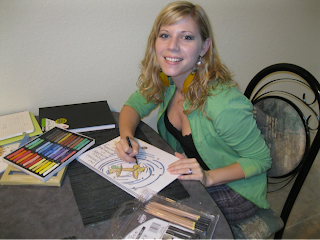 Creativity is my fuel. J

I had some digestive problems a few years back and when its anything to do with poop, its always embarrassing. But eventually, I got to a point where I was in so much pain, I didn't care. I just wanted it to stop. I read a little about Crohn's disease a few years back and it sounded scary. I'm glad that you're able to get back to being you. And that you're able to use your natural creative talents to deal with your pain.

Best of luck. And I love the Zebra slippers xx