You say goodbye and I say hello

A week ago I watched this cutie for a bit while her momma was feeling under the weather: 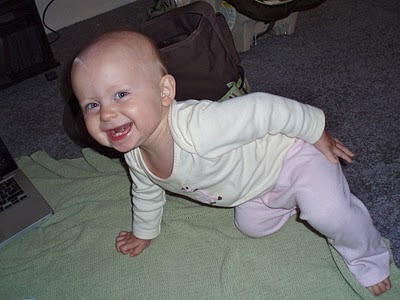 Then I woke up Friday morning feeling sick. I won't go into details. It was not a pretty day.

I slept in until after noon on Saturday. Then when Nathaniel and I made a trip to the Redbox, I foolishly left my wallet in plain sight and Nathaniel thoughtlessly left the car unlocked. When we got back to the car we were greeted with a missing wallet and a stranger's pink phone on my car seat in exchange.


So then this happened: 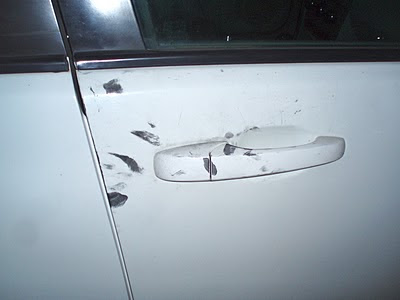 We got to chat with the cops. One of the officers told me to say goodbye to the contents of my wallet, including my phone...I'd probably never see it again. Good news is, my wallets pretty boring and we were on the phone with the bank while the cops dusted our car's door handle.

I was feeling slightly better, so I tried a new hairdo (for me) while I got ready for an interview: 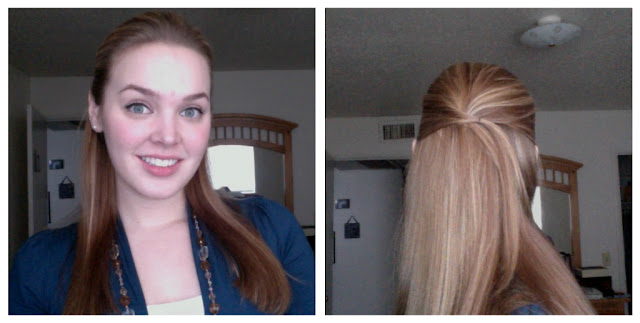 On my way out the door to the interview Nathaniel's phone rang. It was one of the officers, telling us that someone had mailed the contents of my wallet to the police station. The package had everything short of the actual wallet, the spare change left on a Starbucks gift card, and a few ripped out checks.

After my interview, I went and said hello to the contents of my wallet.

Maybe it was baby E all along?...
Posted by Hannah

What a blessing!! Glad you got the contents back :D

the new hairdo is adorable!!

Thanks, Kathleen! I keep dreaming of what I'm going to do to my hair next...but I think I might be brave and let you have the final say! :D

I love the hair do. What was the interview for and have you heard anything yet?
She is a cutie, how old? xx

Thanks, Shermeen! The interview was for a newspaper here in Oklahoma. The editor told me she'd give me a call next week when they figure out their budget. I'm not sure how old she is actually, I'd have to ask her mom!

It seems like people still suck if they have to go through all of that effort just to mess up someone's car and steal their belongings. I'm glad everything worked out in your favor for the most part, but I'm still very sorry you had to go through that entire ordeal. I doubt that could have been much fun.

On a brighter note, you and your hair are absolutely beautiful and that little princess is adorable!

Tina...you're totally right. The only difference having my stuff returned was that I didn't have to go through the hassle of getting a new phone and having to hassle with the DMV to get a new license. So I was really grateful for that...but I still can't use any of my cards because I already cancelled them. But what can ya do? It was part our fault, too.

And thank you! And I'm sure the princess' mom would appreciate it, too!

Wow, that's so crazy. At least you have your license back. I still think people are sucky though, and fingerprint dust sucks too.

Amanda, I know it! I can't believe how messy the fingerprint dust stuff is!

Talk about a heck of a chain of events! At least you got most of your belongings back.

You're tellin' me! At least this isn't a "every week" sort of thing, ya know?!